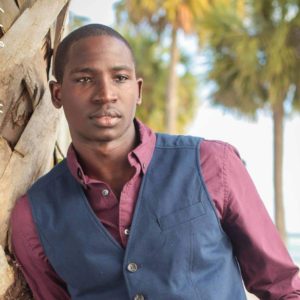 The first lightbulb I experienced with “Auntie Harriet” was getting to meet her in person. I knew I wanted to “Go Global”, and that there was a Diplomat-in-Residence on campus. Truth be told, I had been working intently to meet her for months before a fellow administrator had mentioned her name, then simply whisked me away into her office. The irony of the entire situation was that her office was one floor down from the Multicultural Academic Support Services center. Asking questions directly can sometimes be the best method of action.

That initial conversation cemented the reality of my desire to pursue global affairs as a potential career choice, even though I did not come from a family of dignitaries, world travelers, or polyglots.  Knowing that if a small girl from Roxbury can learn Turkish in her 40s removed a great deal of fear and doubt from my head. I have since been around the world, and picked up a few languages of my own. I won’t be daft in mentioning where much of my inspiration came from.

The notions of respect, and diligence. Respect is the world’s most widely accepted currency. Everyone wants to feel respected, and every culture has its own way of demonstrating it-some more than others. With regard to diligence, her simultaneous fights against both racism and patriarchy have imbued her with a special degree of insight and understanding.  Ambassador Elam-Thomas has such a wealth of experience, that she will undoubtedly inspire others to step back and observe the way they approach their daily interactions, which ultimately make, or break one’s success. Reading Diversifying Diplomacy, one is also overcome by a very real moment of self auditing; its easy to complain about life’s inevitable pitfalls, but how tragic are my problems? Are they segregation sized mountains? Or are they modernist molehills? Her perspective alone should be inspiration enough to change the way one looks at his or herself in comparison to the rest of the world.