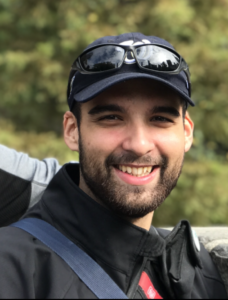 In the early days of my undergraduate experience at the University of Central Florida (UCF), I was searching for the words that would become my story, be it my career aspirations, friends and relationships to cultivate, and places in the world to learn about and discover. Little did I know that I would find the lighthouse to my uncertain seas in Ambassador Harriet Elam-Thomas. Her mentorship and lessons in humility, grace, and humanity – the foundations of effective diplomacy – have guided me throughout my academic and professional careers, and shaped me to be the person I am today. Her story is relatable to anyone who yearns to explore the world as a citizen diplomat, is interested in a career in foreign affairs, is willing to understand the importance of positively engaging individuals from other countries and cultures, and finds value in celebrating diversity in public service.

I first met Ambassador Harriet Elam-Thomas in her Diplomacy course at UCF. I enrolled in the course during my first year of study after learning that a career Ambassador was teaching the course. At the time, I was only beginning to explore the world of international affairs, and the prospect of learning what exactly is diplomacy from someone whom had to practice it professionally gave me the kind of grounding I was in desperate search of amidst my other courses filled with esoteric readings of political theories.

When she entered the classroom on the first day, the only word that could come to my mind was gravitas. She walked with an air of refined dignity – not one that was demanded or expected, but rather one that came naturally and compelled me to reflect it in how I address her and myself. She started her introductory remarks not with a biographical account of her accomplishments, which are indeed many and merit any person’s commendation, but by asking her students how we would define ‘diplomacy.’ A few brave souls offered their thoughts, and the Ambassador gently nodded and smiled in understanding. She then responded with what would become my first lesson in diplomacy: being a diplomat is more than cocktail parties and dinner celebrations, it is more than a style or brand of clothing, and more than even policy. Diplomacy entails creating enduring human connections that are sensitive, open, and strong enough to overcome the most bitter of challenges and enjoy even the smallest of victories. She then used examples in her own life and career of building such connections, spanning countries and cultures that I had not even heard of at the time. It was at that moment that I saw in her the reflection of the kind of person I would want to become.

Over the course of her class and later as her Research Assistant, she quickly became my mentor and person I would turn to first for life and career advice. Before I met her, I did not have much of an idea about diplomacy, much less having a career in it. Asides from a budding curiosity in international affairs, my core interests revolved around history, films, and music – subjects I did not readily associate with being a diplomat. She recognized my interests, and even welcomed my liberally-applied references to Star Wars and to the lyrics of Rush songs. In her humility, she made me feel valued – indeed, to have an Ambassador treat my pop culture references with the same respect and interest as with pieces of classical art and literature meant the world to me. She was especially encouraging of me to learn new languages, and she leapt at the chance to assist me in my application process to study Mandarin in Taiwan. She taught me that culture – even popular culture – and language are just as important to diplomacy as are economics, security and defense, and political analysis. Culture and language are ways through which we can make tangible connections with people whom may not always agree with the U.S. political perspective.

The Ambassador’s mentorship was invaluable to me because her narrative is a demonstration of the importance and power of diversity in diplomacy (indeed, the very appropriate title of her memoir!). As a Puerto Rican myself, learning of her struggles and triumphs as an African-American woman serving over 40 years in public service in a career that not long ago was very lopsided in its representation of the people of the United States provided me with fortitude and determination. She taught me that my story and background – and indeed those of everyone in the U.S. – are equally as American as her own. We all represent the U.S., whether we want to or not, whenever we communicate with people from other countries, and sometimes we may find ourselves to be the first Americans someone may meet. No stranger to combating stereotypes at home and abroad, the Ambassador taught me that any moment or kind gesture can be used to break down barriers people may have between each other and build new ground upon which we develop mutual understanding. From the Ambassador’s mentorship and encouragement, I acted on opportunities to be a citizen diplomat in professional settings at UCF and elsewhere in the world. From liaising between organizations in Orlando and international professionals on a State Department program to being a Public Diplomacy Intern at the American Institute in Taiwan, the Ambassador has empowered me to share my story to others and implement a kind of human diplomacy I believe is needed now more than ever.